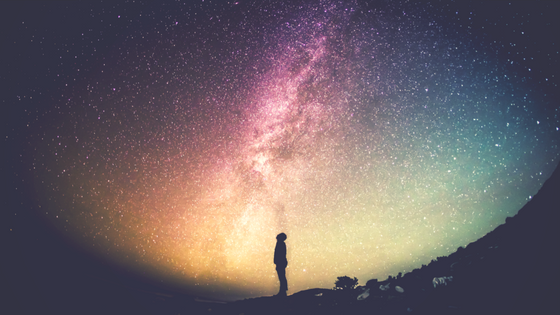 I think it’s fitting (and a tad ironic) that the topic God has placed on my heart the last few days before Halloween is fear. As an adult, I think Halloween is one of my least favorite holidays for two reasons: 1. you have to come up with a costume that is altogether cute, funny, and clever (which can be very stressful), and 2. you don’t get free candy anymore (which is just another sad reminder of adulthood). But despite not loving Halloween (or anything scary), for some reason every year I love the idea of watching scary movies on Halloween night. The other 364 days of the year I hate watching scary movies because I hate the feeling in your gut you get and the heart palpitations that are caused by things jumping out at you and the suspenseful music Hollywood has so effectively tied to being scared. BUT the purpose of this post is not to talk about the fear that comes every year on October 31st, but about the fear that is experienced day in and day out by me, a number 6 on the Enneagram, aka a big scaredy cat.

First, I want to start out by doing one of my favorite things: defining words. So for the sake of this blog post I looked up the definitions of two words–fear and anxiety–because for me, the majority of the time those two things are coupled together.

Anxiety (n): 1 a: apprehensive uneasiness or nervousness usually over an impending or anticipated ill; b: mentally distressing concern or interest; c: a strong desire sometimes mixed with doubt, fear, or uneasiness

Now you may be asking yourself, “What the heck is the difference between fear and anxiety?!” Well, I’m so very glad you asked! Fear is an emotion–something that is fleeting–and is usually caused by a known factor. Whereas anxiety isn’t necessarily brought on by a specific thing and can last days, weeks, months, and even years.

Fear is an emotion that every single person on this earth has felt at some point in their lives. It is an innate emotion given to us to be able to discern between safety and danger. Our bodies physically respond to fear (sweating, heart racing, shortness of breath, etc.), I think so we are unable to ignore the fact that we are afraid, and therefore unable to ignore the thing causing our fear (aka the “danger”).

Even though the ability to feel fear is something God wove into the fabric of being a human, He did not create us to live in fear. In fact, 2 Timothy 1:7 says, “for God gave us a spirit not of fear but of power and love and self-control.” So what does that mean? As a child of God, He has called me out of a life of fear and into a life of power, love, and self-control. An article on desiringgod.org says, “It is not wrong to feel afraid, but it is a problem when we open the door to fear, allowing it to dwell in our hearts and homes, controlling our thought life, decisions, relationships, and parenting. What we do with our fears affects our testimony to a watching world.” Fear in itself is not bad, but allowing fear to overtake our lives is. I don’t know about you, but I fall into the camp of letting fear take over my life. So what does that say to “a watching world”?

The thing in my life that causes me the most fear is support raising. I have been in the process of raising support for the last fourteen or so months, which is significantly longer than I had planned for myself, and the fears I experienced at the beginning of this season are still fears I experience today. Raising support involves a lot of putting yourself out there, asking people for things they aren’t typically used to being asked for, and leaving the results to God–in other words, a lot of scary things that are ultimately out of my control. So what it all boils down to is not being afraid of making a phone call or sending an email. The fear that drives all of the fears I’ve felt while raising support is the fear of rejection, and ultimately the fear of failure.

He did not create me to live a life full of fear! He created me to walk in faith, trusting Him to provide for me and care for me in the ways that He in His infinite wisdom knows I need. He has literally commanded me, and everyone else who follows Him, to be courageous (Deuteronomy 31:6; Joshua 1:9). A podcast I listened to recently that talked about sixes on the enneagram said, “The answer to fear is not courage–it’s faith” (from the “Living in An Age of Profound Anxiety” episode on The Road Back to You podcast). So God doesn’t expect me to just buck up and charge as fast as I can into the things that scare me the most. He wants me to turn to Him, lean on Him, and trust Him in the midst of the fear I experience. He wants me to have faith that my identity truly is in Him and who He has created me to be and not in what other people think of me. But in my sinful nature, when I feel fear, I run. I run from the things that cause me the most fear and anxiety and pretend like they don’t exist. In order to avoid it I do things like sleep or watch Netflix or do really anything other than the thing that’s causing me so much fear. And in this season of raising support, I have learned (over and over and over again because I’m forgetful and sinful) that God’s way is WAY better than my way of dealing with fear (and obviously doing it my way hasn’t really worked out for me thus far). So why would I do anything other than trust Him in times of fear? Because He’s got this and His wisdom is perfect and His ways are better and He sees the beginning AND the end.